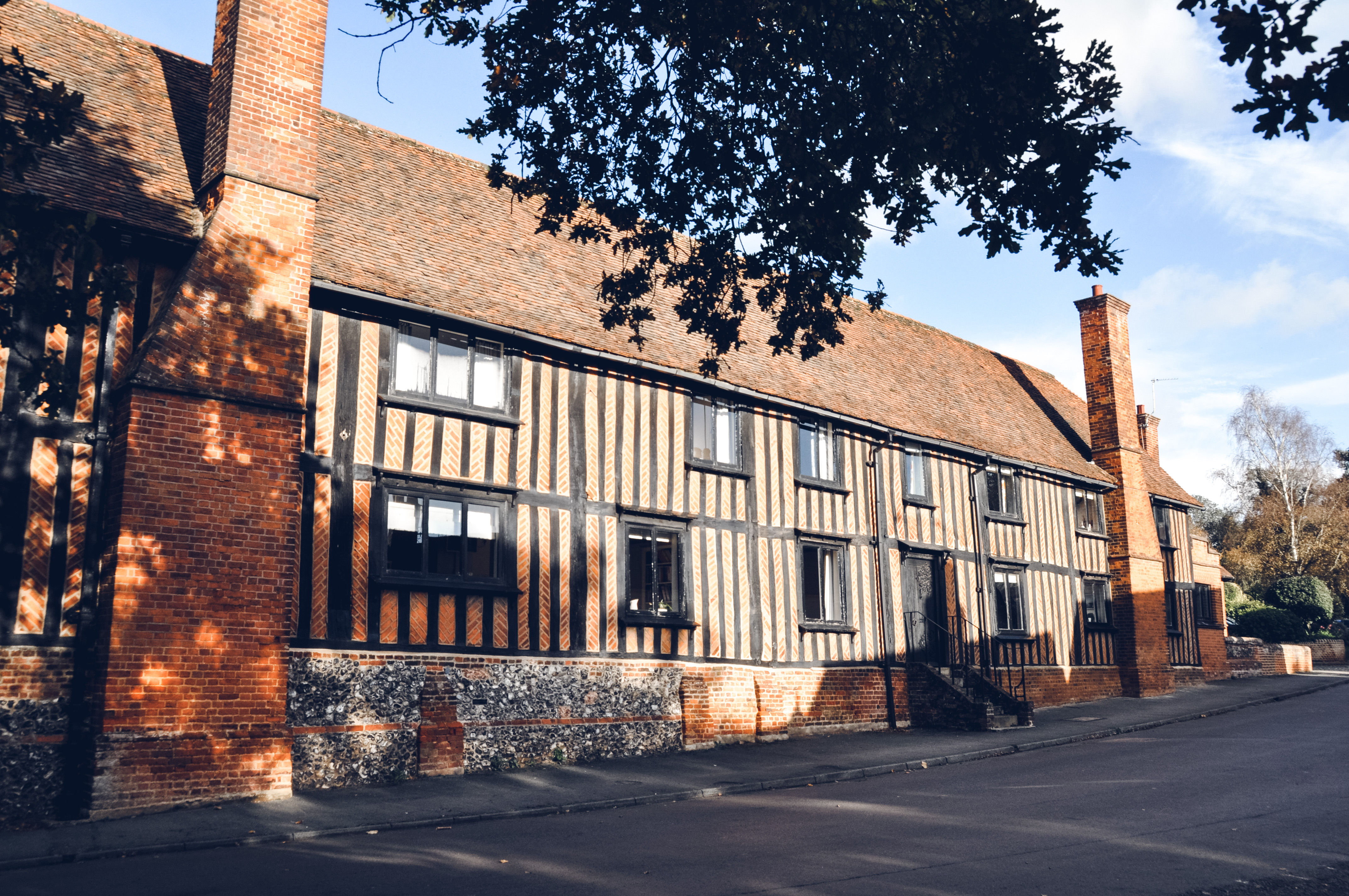 The village of Standon, which lies alongside the River Rib in rural East Hertfordshire, is mentioned in the Domesday Book of 1086. Its wide High Street curves attractively along a row of cottages towards some fine brick built houses and the magnificent Grade I listed church of St. Mary’s.

The land was owned by the Abbot of Croyland in Lincolnshire until 1066.  It then passed through various hands until it was inherited by Gilbert de Clare who gave it to the Knights Hospitaller of St.John of Jerusalem in the 12th century.  In the Middle Ages Standon was known for its weekly market and annual fair which explain the particularly wide High Street. With the closure of religious houses in Henry VIII’s reign, the land was bought by Sir Ralph Sadleir, who built a great house just south of the village.

Adjacent to the church is Knights’ Court, an important 16th Century brick and timber-framed building that used to belong to the Knights of St John and which, until 1974, was the village school.

Opposite Knights’ Court is a large piece of Hertfordshire Puddingstone, thought to have been used as a mounting block when it was positioned outside the church.  At sunrise on May 1st Standon Morris dance in front of the stone and dress it with a floral garland. 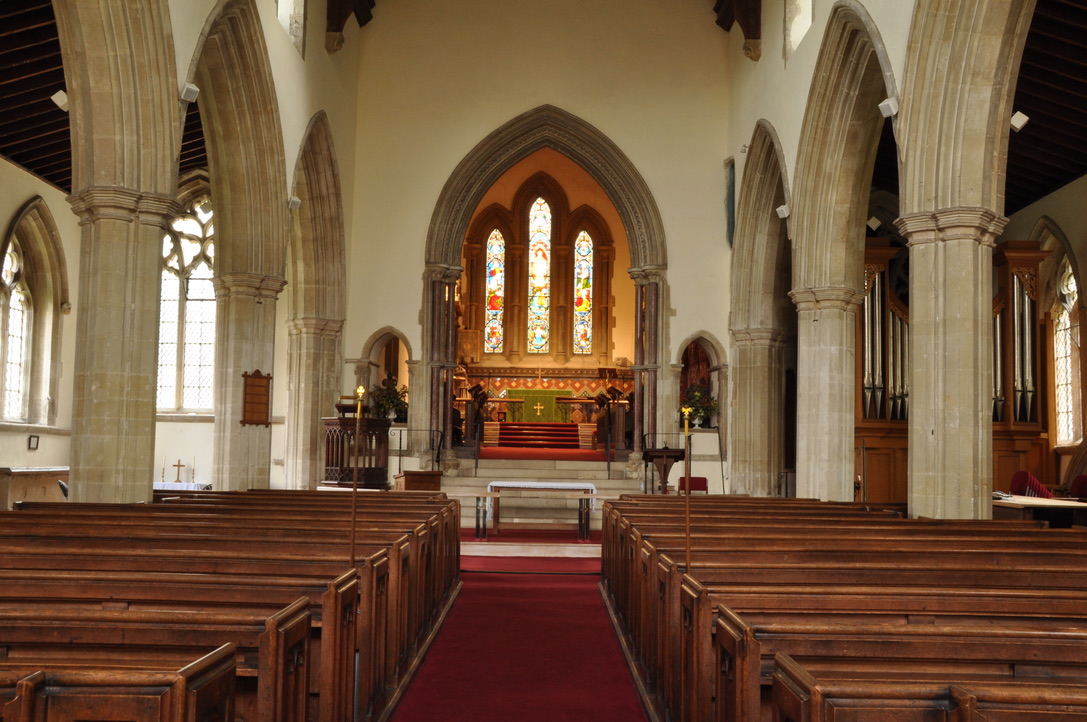 St Mary's from the west door

The church was built of uncut flints by the Knights of St. John between the 13th and 15th centuries on the site of an earlier Saxon church.  The nave and chancel form a long rising sweep with steps between the nave, chancel and sanctuary which produces a most striking effect.

Unique in Hertfordshire are the large west porch and the bell tower, originally detached but joined to the church by the Victorians.  Also noteworthy are the 12th century font, a spectacular chancel arch, the exquisite Field brasses and, of course, the magnificent tombs of Sir Ralph and his son Sir Thomas. 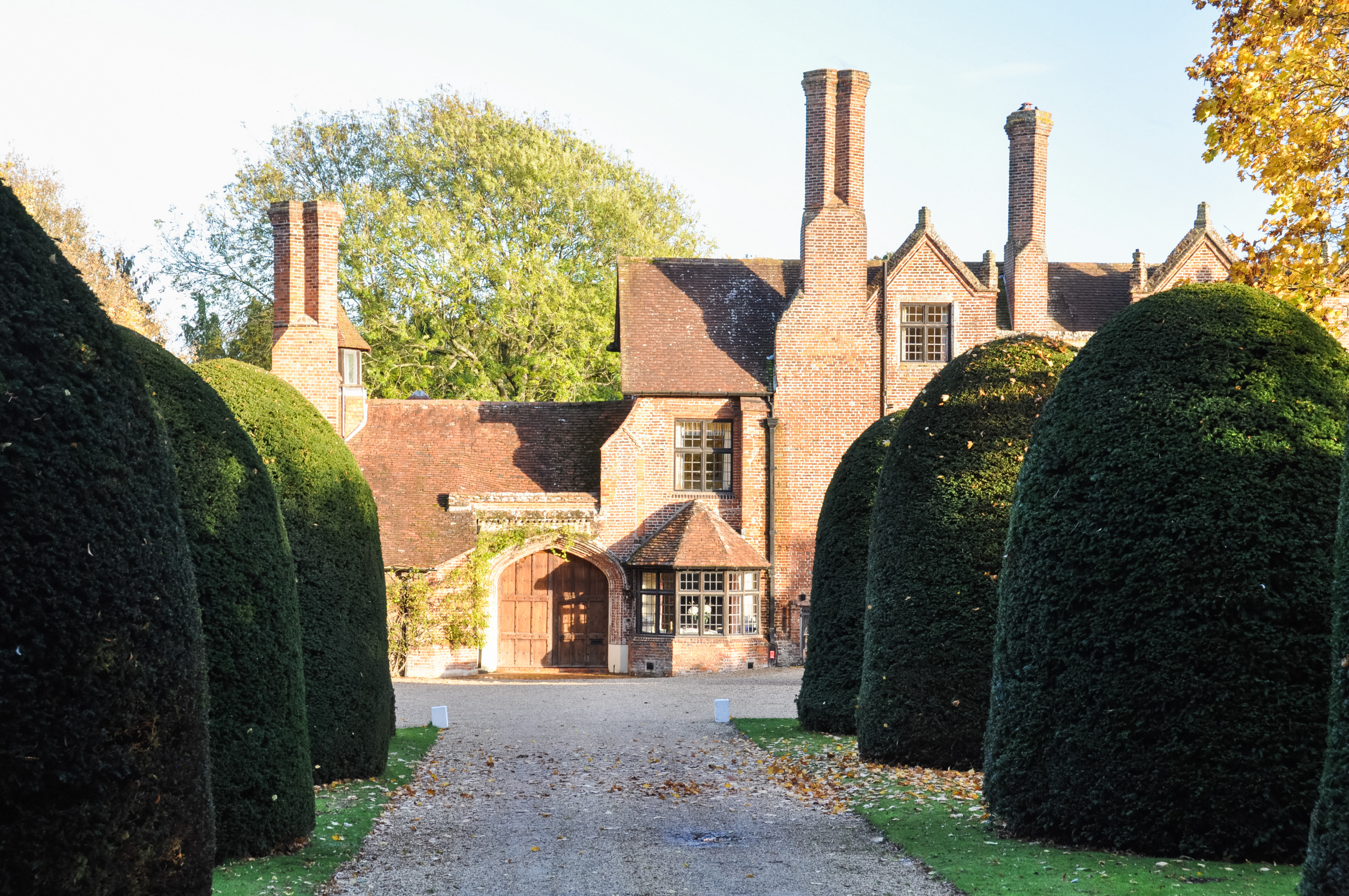 In 1546 Sir Ralph Sadleir had a substantial house built for himself, Standon Lordship, which was said to rival Hatfield House in the county for its grandeur.  It was twice visited by Elizabeth I and once by James I.  On the death of Sir Ralph the house passed to his eldest son Thomas, and in turn to Thomas’s son, Ralph, before becoming the property of the Aston family in 1660. In 1753 it became a Roman Catholic School before being sold to William Plomer 14 years later.

By 1834 the house had fallen into a state of some disrepair but was bought by the first Duke of Wellington in 1843 and let as a shooting lodge.  The house suffered a devastating fire in 1927, was partly rebuilt, and, after several other owners, is now the home of Lord and Lady Trenchard.  We are delighted that Lady Trenchard is one of our patrons.